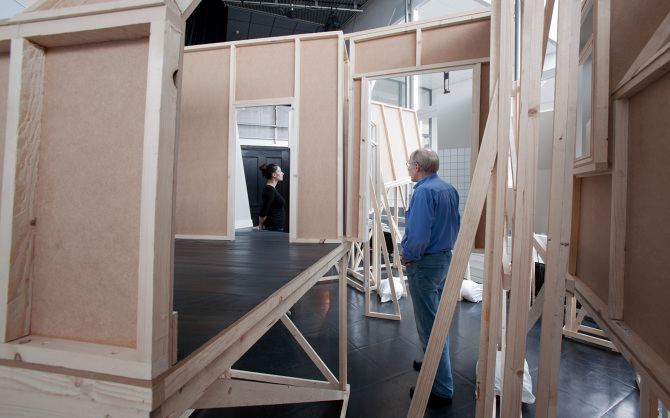 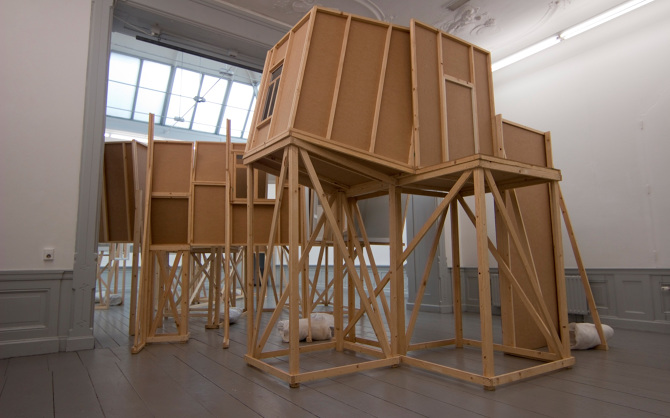 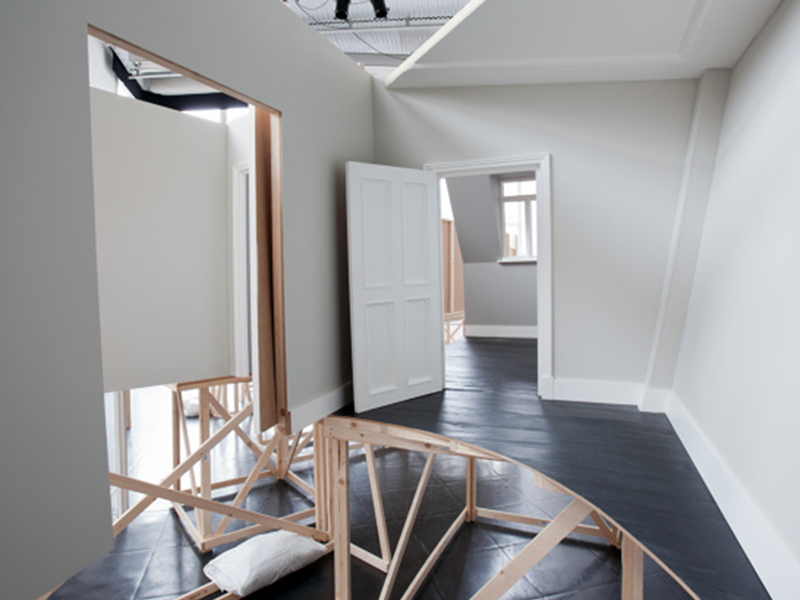 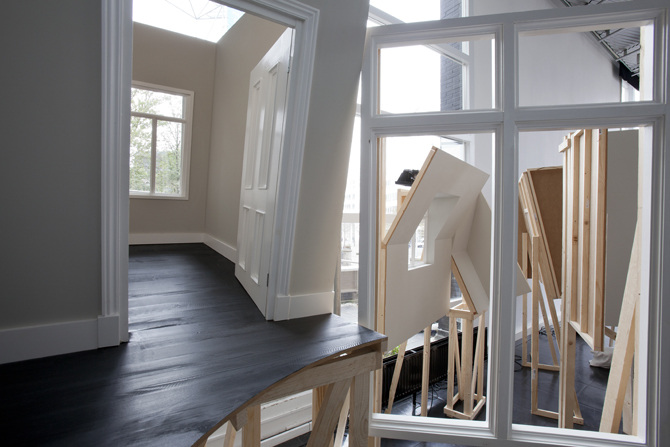 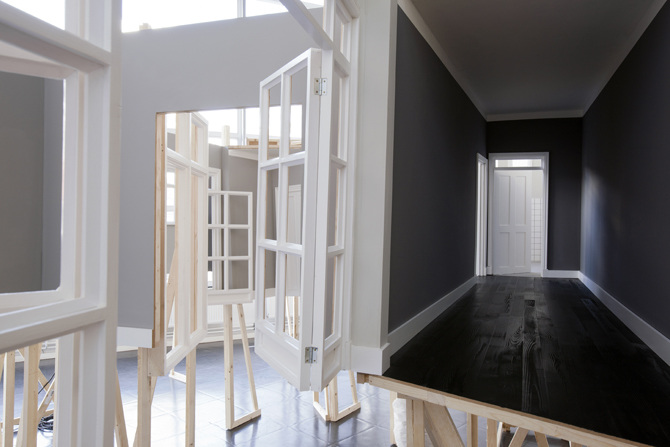 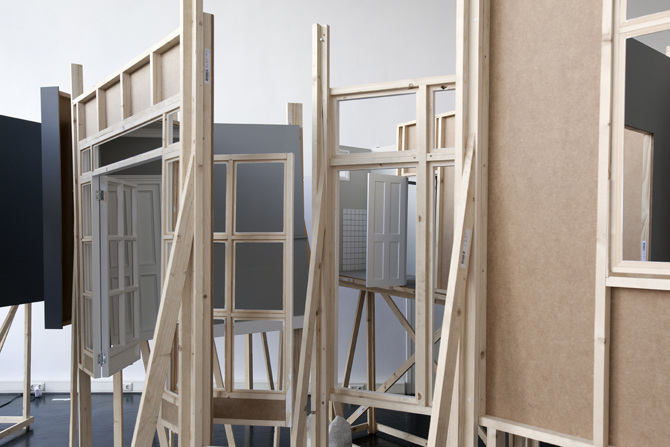 The Apartment is a reconstruction of the most important location in Repulsion, film by Roman Polanski (1965). In this psychological thriller, set during the swinging sixties, young Carole played by Catherine Deneuve, lives in London together with her sister. When Carole’s sister goes on holidays, the unstable Carole loses her grip on reality; she locks herself in the apartment and falls prey to hallucinations. The apartment plays a crucial role and almost becomes a character in the film. I reconstructed the apartment as a film set in which one could make a remake of the film but in a way that it could be done in one shot.

For each shot I made a new version of the space, exactly the way the camera showed it in the film. A door in a close-up is built to a larger scale than a door in a wide shot would be, and a frame shot from above results in a space built on its side.

The audience ‘performs the camera’, takes the position of the camera traversing space and ‘cutting’ from one space to the next. Instead of of using projection or moving image, the spectator is asked to perform the role of the camera. And make the sequence by walking through the installation.

The Apartment is a crossover between a Merzbau dolls house and a walktrough haunted house in the style of Robert Wiene’s Das Kabinett des Doktor Caligari.