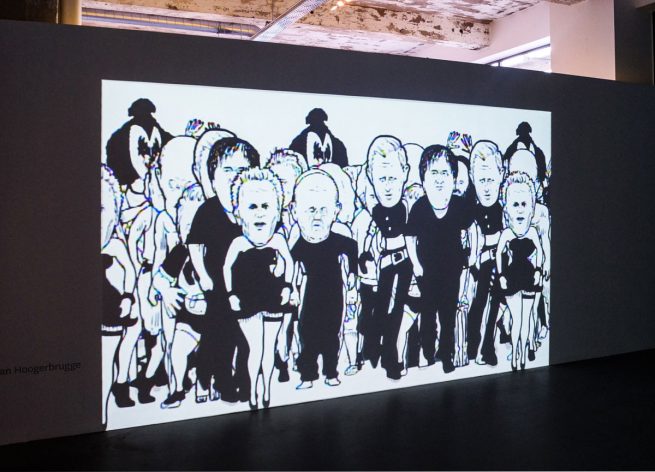 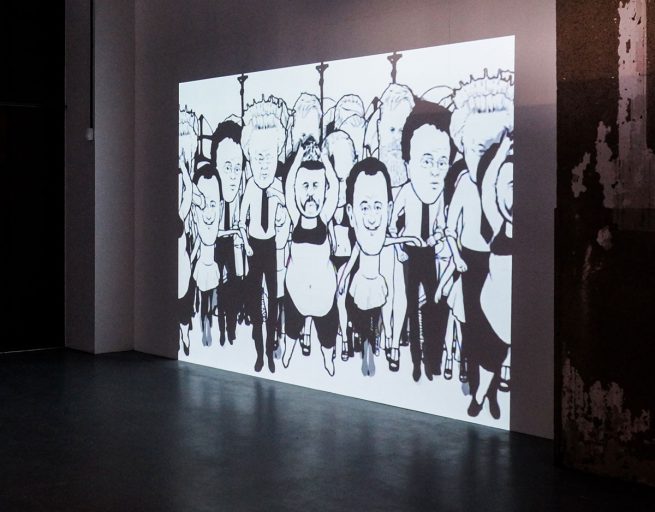 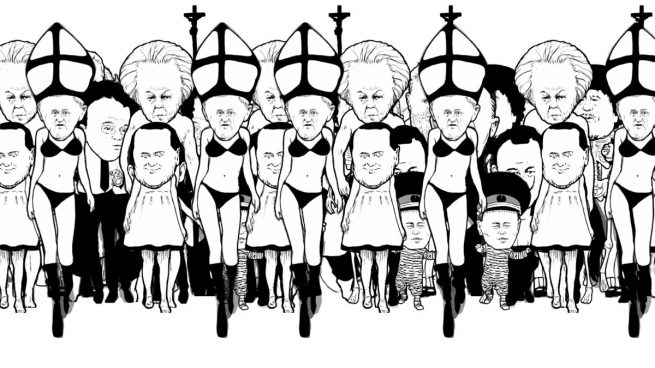 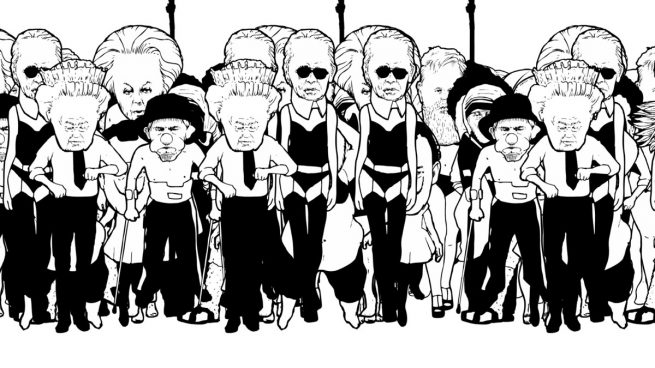 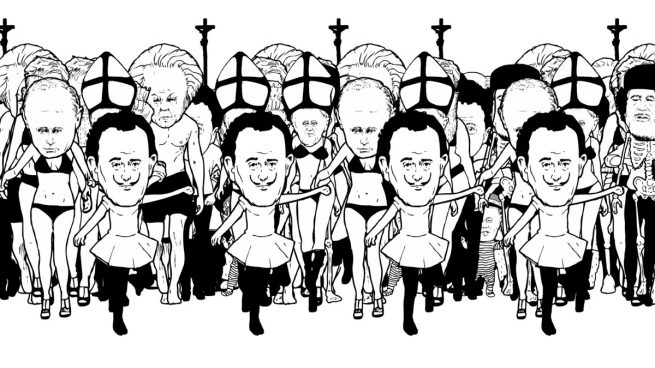 Like Hoogerbrugge’s other large-scale multi-screen animation Dow Jones, Parade is an ongoing work to which more characters can be added forever, though more screens will be required to show them all.
Rows and rows of Hoogerbrugge’s favourite iconic characters all jump and jiggle patiently while awaiting their turn to take the front row, where they demonstrate their particular skills exuberantly while wearing someone else’s clothes, or none at all: Berlusconi (remember him? dismember him!), Salvador Dali, Motorhead’s Lemmy, Gaddafi’s skeleton (for little else remains), Andy Warhol, Vladimir Putin (in a dress and flexing his monster cock), Gene Simmons, and a very Sexy Pope are among the characters.

At Art Brussels 2013 Parade I was screened on six small monitors inside the commissioned Range Rover installation , and on a small monitor in the Base Alpha Gallery booth. It was also included as a 2 x 3 metre projection in the tri-monthly video programme at Filmhuis Den Haag in The Hague, and at To have or have not, a group exhibition at ACC Galerie Weimar. For the GenderBlender exhibition in Eindhoven (6 June – 17 August 2014) – about femininity, masculinity, and everything in between – Hoogerbrugge added plenty of new characters on a second screen that faced Parade I to create Parade I & II*.

My animation ‘Parade’ is a tribute to man.
Our unstoppable advance is an ongoing celebration of growth, development and progress.
But as befits any good party, a hangover always follows.
When we look back on a successful party, we also see the mess.
We clean up and make plans for the next party.
With great courage. Every time. And the next party is always going to be better.
I believe in progress, the appeal of the new, the party.
For a good party, you have to be naive. Forget the hangover of the last party.
No one looks back on their life and remembers the nights they got plenty of sleep.
Life may not be the party we hoped for, but while we’re here we should dance.
We can make this thing into a party, instead of a memory.
One locust is insignificant. A million locusts strip the land bare.