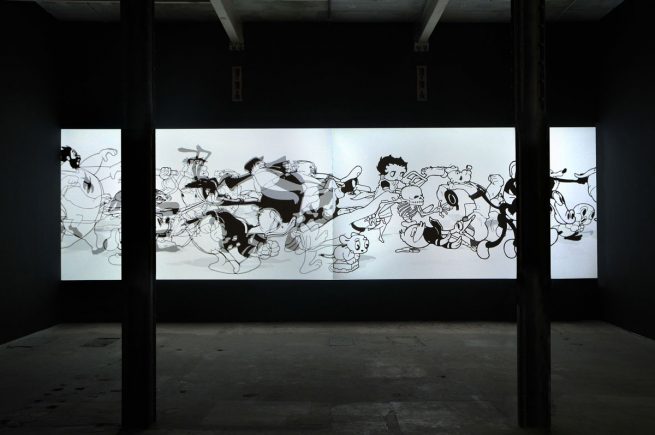 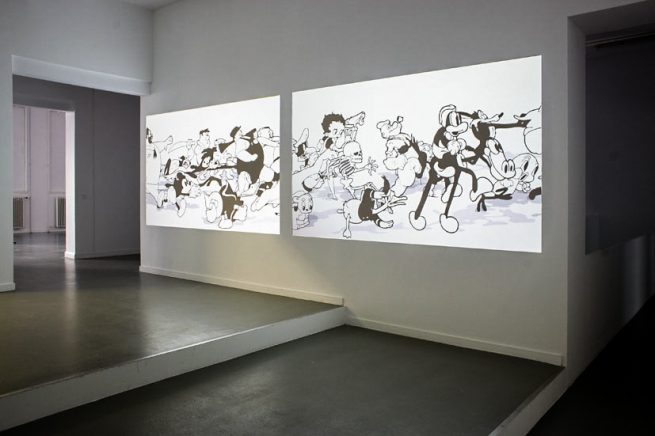 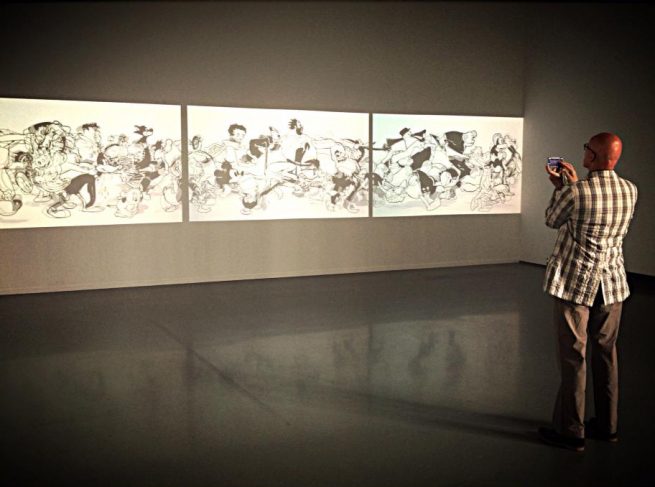 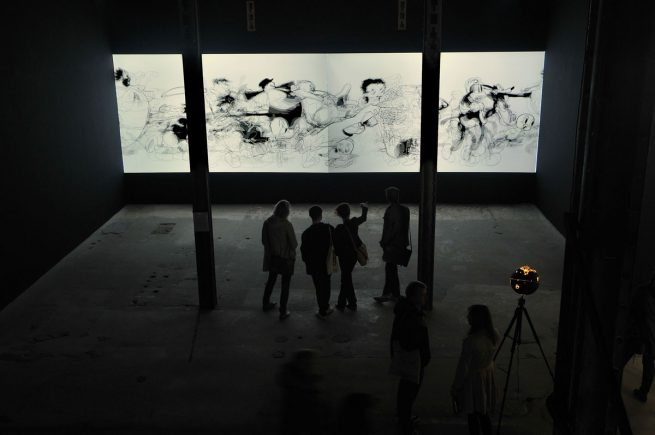 In this monumental video installation split across two screens, various familiar classic animation characters all run frantically in the same direction at different speeds, some apparently trying to run away from something we cannot see while others hurtle towards another unknown. None of them get anywhere despite their desperate efforts.

This is an ever-expanding piece. Midway through 2013, Dow Jones III was exhibited at Museum Boymans van Beuningen in Rotterdam – this time consisting of three screens. More characters have joined the pell mell, and doubtless more will in what is an interesting counterpoint to reality. As people re-submerge themselves into the media froth that surrounds them, twerked into believing that they have survived the ‘latest’ economic crisis (er… which one was it again?), this burgeoning posse of virtual characters remind us that we in the real world still have plenty of reasons to panic.